Jane Lampard has been painting for more than thirty years. Largely self taught but influenced early on in her career by artists such as Aubrey Philips and James Fletcher Watson. Working in both oil and pastel Jane uses layers of paint to build up depth and texture in her highly atmospheric paintings. A need to record the subtleties of our ever changing landscape motivates her to work outside whenever possible. A sense of being in the moment and experiencing fleeting effects of light always more important than a faithful portrayal of detail.

From a farming family herself Jane is particularly drawn towards depicting traditional rural life especially at a time when she feels our whole landscape is under threat of change. The lure of the sea is never far away and whenever possible Jane makes trips to coastal locations from Cornwall to the West coast of Scotland.

Jane has earned a reputation as an inspiring teacher and runs occasional workshops from her studio in Gloucestershire. She has also tutored small groups in Provence, Venice, Morocco and Andalucia and for the last 20 years has held annual solo exhibitions at her home. Her work has been exhibited with the Pastel Society, the Royal West of England Academy, the Society of Women Artists as well as several leading provincial galleries. 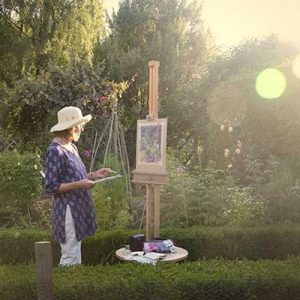 If you would like to hear about any events, new work, exhibitions or workshops please enter your details below.